“Every weakness contains within itself a strength.”

The highlight reel of our life.

By now you probably know that I kick off every blog post with a quote. A quote to frame the post and kind of become the thread of it. Usually, I need more time to find a fitting quote. I start with having the rough structure of the blog post in mind. And then I start searching for a fitting quote. There are a lot of good quotes out there but normally I have to search for some time to find one that really fits the theme of the post. Not this time. This time I read this quote and I was stoked. It fits perfectly. Here is why.

In our western culture, there are a lot of topics we do not talk about. Death is one topic that is highly evaded. Other unpleasant topics like personal trauma, failure or anything even slightly related to shame is also hushed up. These are the topic no one talks about. Because your own life should be a highlight reel. There shouldn’t be any slip-ups, bad choices and tough times. Unless a tough time can become a real hero story. On our surface, we are either blank or strong. Marvelous and without a scratch.

The same goes for weaknesses and flaws. Usually, they are handled in three ways. During a job interview, you flirt with it and name „weaknesses“ that are in reality a strength. Like „oh gosh, I am so bad at leaving things undone. You know? Like I really love things to be perfect and work on them until they are like…uhm…perfect.“. Yeah sure. That’s a weakness that every boss would like you to have.

Then there are these people that kind of people that kind of use it as an excuse. Like „Uhm, yeah. I would love to be less rude. But my nature is to be really outspoken.“. Which can be roughly translated into „I don’t want to deal with you and your feeling, so get lost.“.

And finally, we have these people that take their weaknesses for granted. Try to hide and avoid them. As in: They know they are shy and have a hard time meeting new people. So they just stick to the ones they now. Or don’t go to an event where they might have to speak with someone they don’t know.

The good, the bad and the ugly.

What all of these three approaches have in common? The same underlying mindset. A state orientation. You are in one state and there is no way to get to another. Weaknesses and flaws are there. And they are fixed. Like unchangeable. The good thing? Society kind of helps you to foster that image. Can you remember a job interview when someone asked you about „in which areas to you can you grow the most?“ or „what is the trait or ability you want to improve the most?“. Instead, we are more used to hear that „he or she is like that“ and with the underlying certainty that he or she stays that way.

The bad: If you are feeling bad about an area in your life – be it sport or an attitude of yours – if you only see your actual state, you are stuck in it forever. The ugly: There is an alternate solution. But it requires work and commitment. because it forces us to do these three things:

So why do I think the quote is a good fit? Because in every weakness there is a lot of strength. Yes, believe me, it is. Here is why.

Why weaknesses and flaws matter.

I don’t know how you grew up. But I grew up in an environment full of „fixed“ and „permanent“ statements about the characteristics and abilities of people. For example, I had no language talent. So learning a language was basically useless for me. Because why? I would never sound like a native and would make grammar mistakes. And a teacher once told me I am just not good at sports. I should stick to IT. Which I didn’t. I love sports and I am not an aspiring Olympian. So why should I worry about being hyper-talented?

The thing that most people forget: Talent is great. Being in a state of being talented at something is great. But being in a state of not being something is nothing to die over. You can always change the state you are in, to some degree. Let’s stick with the sports example. As long as I was under the impression that I am not able to run faster than 8min/km (yep, I know, very slow), I never actually did run faster than 8min/km. Things started to change when I experienced me running quicker. Things changed further when I applied out heartbreak for a marathon. The very unsporty me finished a marathon.

If you change your mindset you c-a-n move mountains. Like everyone was telling me: You can’t learn snowboarding once you hit thirty. Damn sure you can. And this is the end of my second year and I even survived snowboarding in Austria. Bottom line: With a shift of your mindset towards an action orientation you can start to see things differently. Especially flaws and weaknesses.

A new approach to weaknesses.

When your mindset is looking for ways out (=action orientation) instead of focusing on your current state, you can start to see your weaknesses and flaws with a more relaxed attitude. We are all surrounded by a society that kind of tells us that weaknesses are bad. So unforgivably bad. But once you realized that you are not trapped in a state of „being flawed“ you can approach weaknesses and attitudes with a new gratitude.

With weaknesses and flaws you can go two ways: See them in a new light and embrace them. Or see them as potential and grow because of them.

Let’s look at the first way. To be honest, I have some weaknesses that I sometimes wish weren’t there. I am pretty honest and outspoken. And I hate lying or speaking for a cause that I don’t support. In the past that has led to some very uncomfortable situations. Like the time I was really against the fact that the sister of one of my boyfriends made fun of her religious grandfather. While everyone was sitting at lunch. On Easter. And I had to point out my disapproval. Pretty clear, pretty snappy, pretty harsh. Very publicly. Not the best time.

On the other hand, speaking up earned me a lot of respect from people that are too afraid to speak up. It made it possible for me to sit in front of a microphone and become a radio host. And it makes me more authentic. After a very long time of people pressuring me of being less outspoken and more „mainstream“ I can see this trait as a differentiating factor and embrace it.

Then there were weaknesses that I used as a source for growth. Let’s stay with the radio example. From a very young age, I loved presenting stuff. I remember fondly the times when we had a class that was called „Freie Arbeit“. You could choose a topic, work some weeks on it and then present it to the class. That was fun. Not so funny for my classmates: I talked like a waterfall (as we say in Germany). No full stop, no exclamation mark, no pauses or breaks to breathe.

Right there at that point, I could have stopped with „okay, I talk too fast. People can’t understand me. So talking and presenting is not for me.“. But instead, I continued. I really loved talking. So I used every opportunity to speak. I held presentations, I prepared speeches, I started working for the university radio. And – man – sometimes the feedback wasn’t harsh. It was really mean. So I could have stopped again. But I kept going and going. Because I really wanted to get better at speaking.

Why stay when you can go?

The bottom line is: We can grow. We can use the flaws and weaknesses that we have and see them as a source of growth, potential, and change. We don’t need to stay in one state. When we see a weakness we can always ask ourselves „What do I need to do to get to another point?“. Where can you grow? If you want to grow. Because sometimes flaws are not as bad as they seem. What one person sees as a flaw in us can be heaven for another.

I had this one friend that seriously hated Shakira. Not as a person. But her singing style. As in „the tone color of her voice“. Now we all know, Shakira doesn’t need to worry about her voice or her performance. Or mp3- or tour ticket sales. But still, there is one person out there she could never convince of her singing style. But for others, everything about the way Shakira intones and sings is just pure magic. And these folks are crazy about her. So if someone points out your „flaws“ always ask yourself if you are really in need for a change.

Weaknesses are a strength because they offer insights on us. They can either lead to growth or they lead to us embracing what we are and what we stand for. Calling out your weaknesses and don’t shy away from them makes you strong. And with weaknesses it is the same as with a coin. There are always two sides. For some, it is awkward, displeasing and unpleasant if I speak my mind. For others, deliberating and a way to make them feel more confident. Stand by your weaknesses and turn them into your greatest strength.

After years of working in the automobile sector Anna Christina Harms decided that she should stick to would she really loves: Educating, photographing and strategizing. She is now living in Berlin and supporting freelancers and SMEs with their personal branding and social media strategy.
Website https://bychristinaharms.com
Beitrag erstellt 23

„A goal is not always meant to be reached, it often serves simply as something to aim at.“ 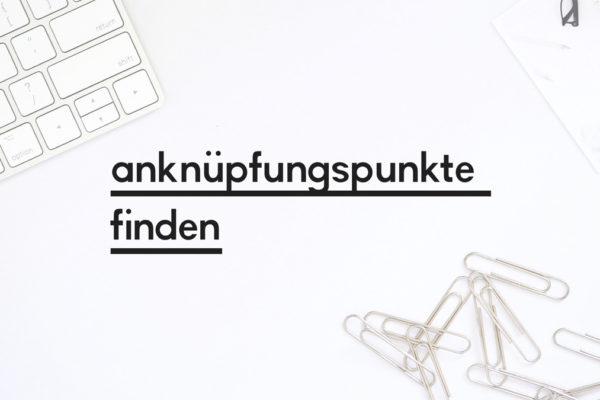 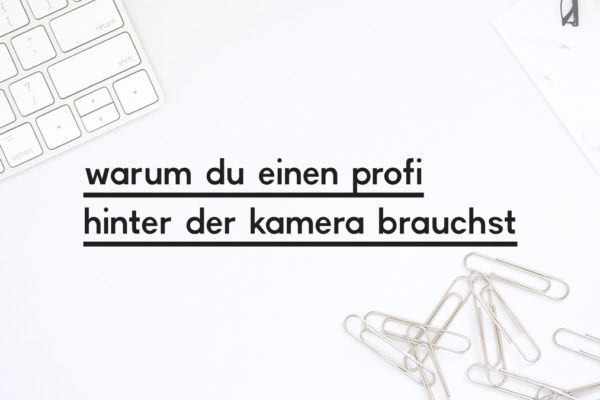 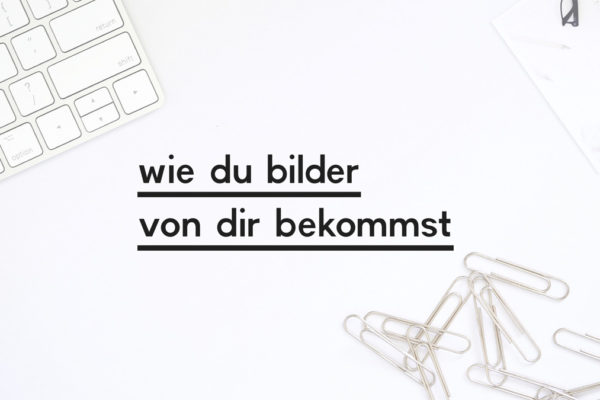 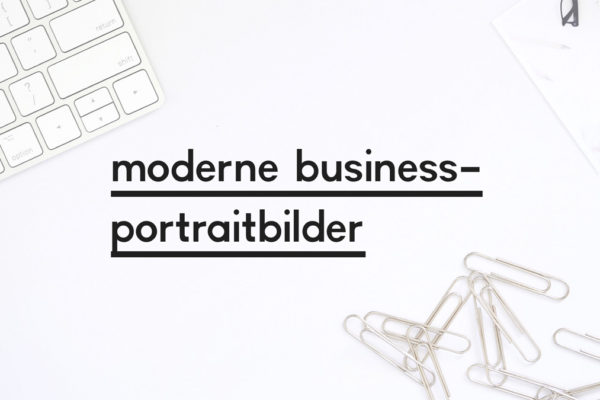